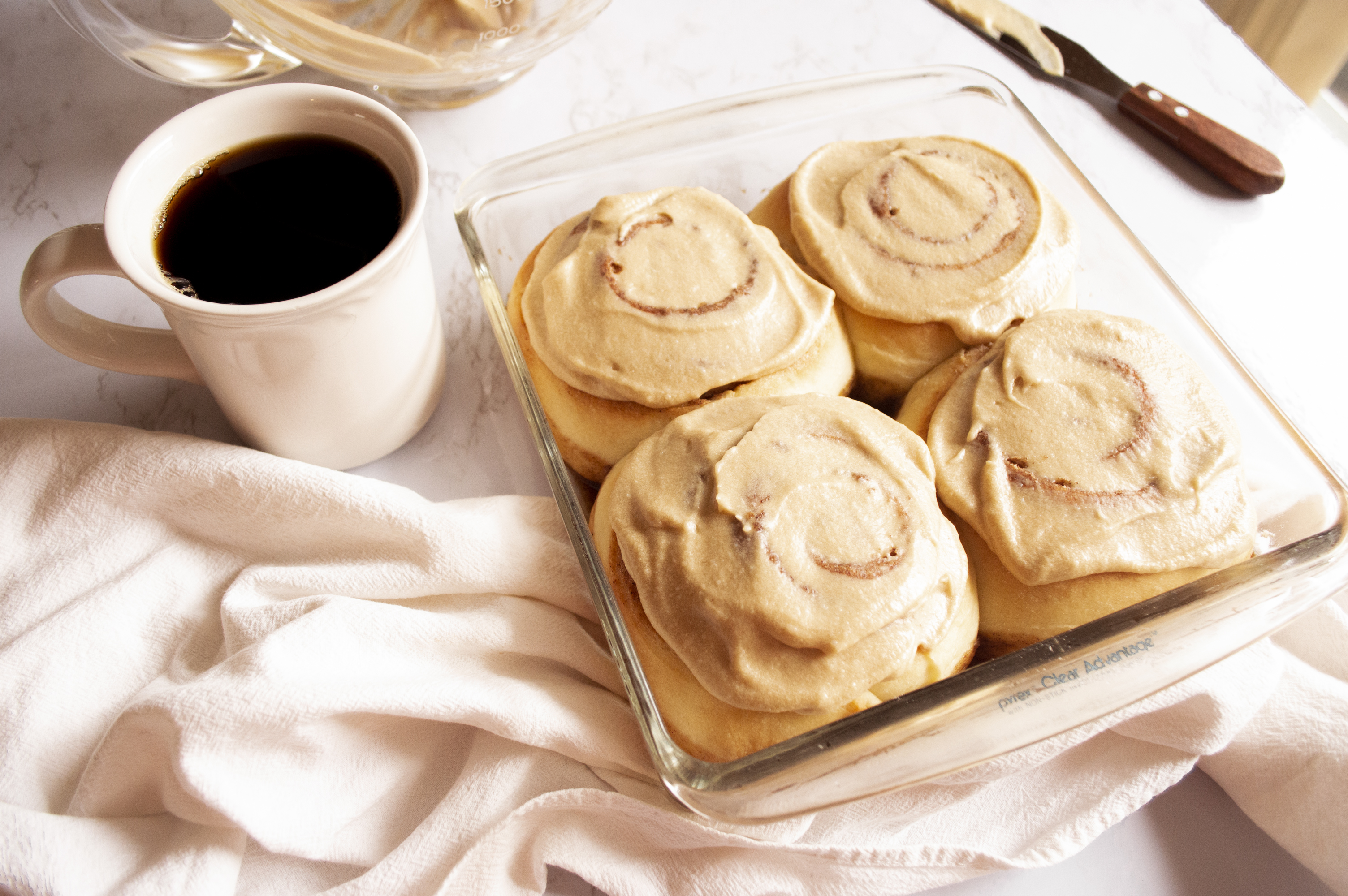 Raise your hand if you like coffee... now raise your hand if you like cinnamon rolls. That's what I thought. I know I can't actually see you, but I'm going to optimistically guess that most of you raised your hands. Cinnamon rolls are an American classic, and to be completely honest, coffee is also the life blood of this country (along with many other countries). I made these rolls as part of the #CoffeeDessertCollab that I put on with a fellow Minnesota food blogger that I met through Instagram. That's right, I threw together an entire collaboration with Carol of @carolsbakingadventures just over the internet.

That is one of the strange silver linings of the pandemic. I have met so many incredible (and super nice) food bloggers over the internet, and quite a few of them are either overseas in the UK or Australia. Any who, I know this blog shouldn't be a diary because apparently people just want the recipe, who knew? I know espresso is not technically coffee but it counts, okay. These Espresso Cinnamon Rolls are seriously going to knock your socks off. They are filled with an espresso-sugar mix and that frosting on the top - you guessed it, Espresso Cream Cheese Frosting.

Also, in this photo there are only four rolls, to be completely transparent, the recipe actually makes eight large rolls. I just froze the other half because I can't eat a cinnamon rolls every day (as much as I want to). But that's the beauty of this recipe. Put in the elbow grease one weekend making them and have cinnamon rolls in the freezer to pop out whenever you need them! Also, I know I'm horrible at getting process photos, it requires a bit more planning, so they will be coming soon! Let me know if you have questions!