What is Dalgona Coffee?

If you’re reading this, you’re either here for the traditional Dalgona Coffee, my hot take on it, or you simply have no gosh darn clue what the heck it is! Let’s start there. 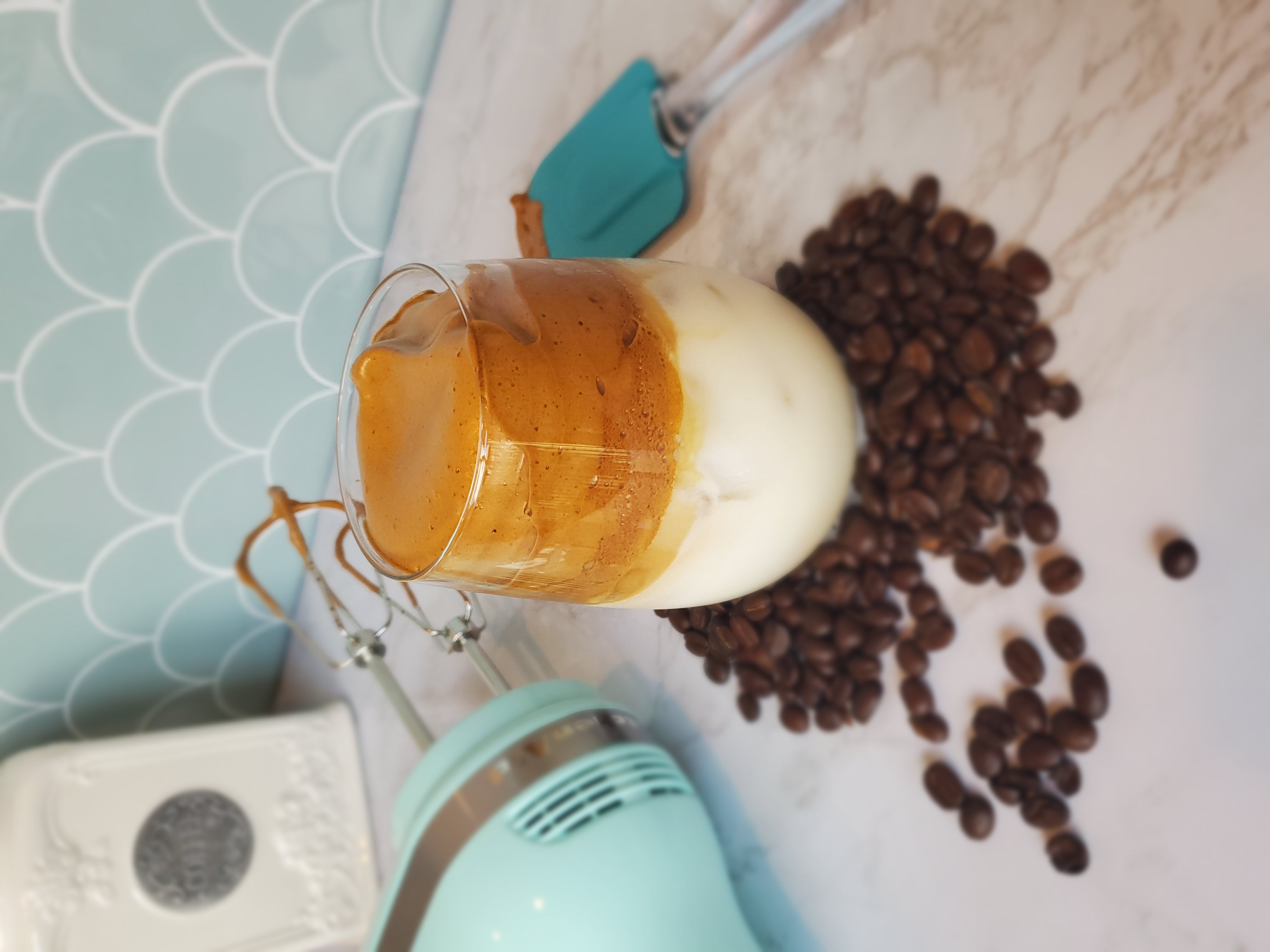 Dalgona Coffee, or Whipped Coffee, initially became a trend when the Covid-19 pandemic hit South Korea. People were missing their fancy coffee shop staples and wanted to drink something a bit more interesting than your typical cup of joe. The whipped coffee creation is much more manageable than it looks. It is simply equal parts instant coffee, granulated sugar and hot water, that is whipped up and scooped on top of a glass of iced milk. The funny thing? This foamy coffee drink doesn’t actually have any Dalgona in it. And the real Dalgona doesn’t actually have any coffee in it. Let me explain. 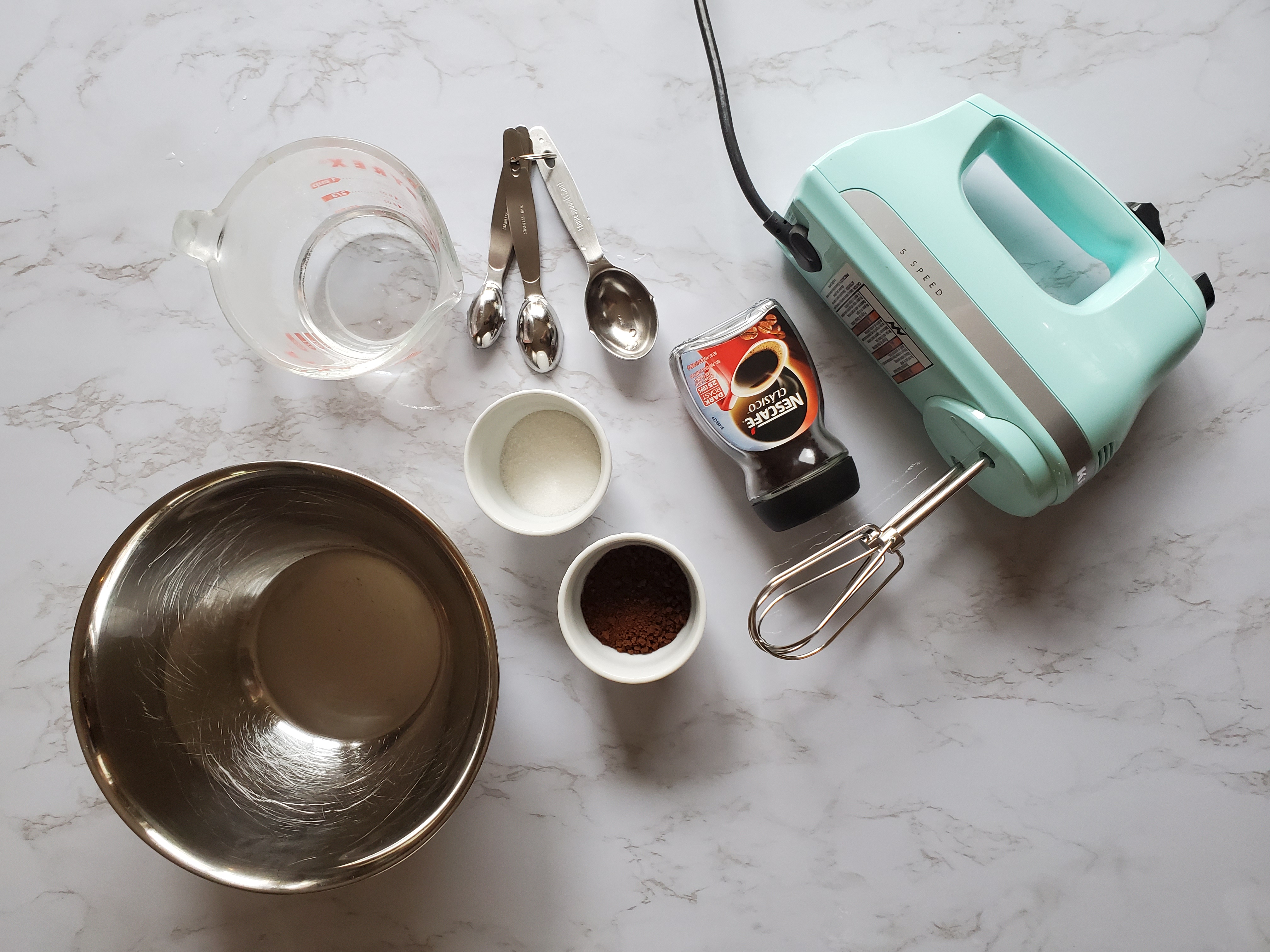 You see, Dalgona or “dalguna” (meaning “it’s sweet”) is actually a spongy Korean street candy. It’s made by melting sugar and mixing it with baking soda and is either served in cookie form or on a stick. Before it hardens, it has a striking resemblance to whipped coffee. This is because, melting the sugar down gives it that caramel color and adding baking soda causes the sugar to bubble, giving it a frothy, whipped appearance.

Once quarantined Koreans started sharing this creation on YouTube, the Tiktok generation quickly caught on and ran with it, making Dalgona Coffee a viral sensation. It pleased coffee lovers everywhere and even those who don’t drink coffee, but just like to watch the frothy concoction be added atop a glass of ice cold milk. It has been coined the “quarantine coffee” and many coffee shops able to reopen in Korea have since added the drink to their regular menus.

I may be somewhat late to the game, but that's mostly because my blog is a product of quarantine, which is why I decided to put my own spin on the popular drink. Many people discovered that the process also works with Espresso Powder. Since I am a seasoned Barista and espresso lover, I decided to take it one step further and recreate one of my favorite drinks from college...the Depth Charge. 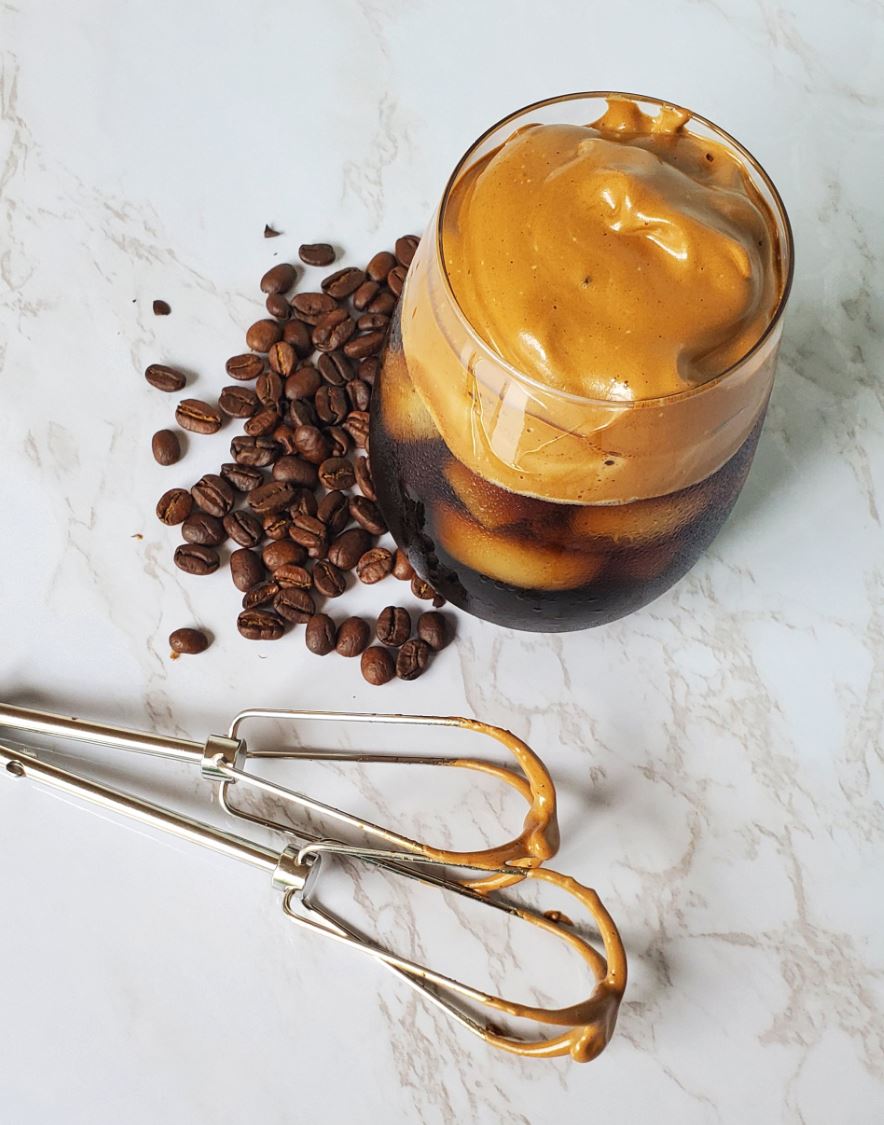 I realize after saying, "one of my favorite drinks from college", I should probably clarify this is not an alcoholic beverage (however, if you want to throw some Bailey's in there, be my guest)! I’m not 100% sure how the “Depth Charge” got its name, because it is also the name for an anti-submarine warfare weapon, that once detonated sends a powerful and destructive hydraulic shock. I’m guessing someone just thought, because it is a high caffeinated drink, that the name fit? If you have a better explanation, I’d love to hear it! The coffee drink, Depth Charge is essentially an ultra-caffeinated Americano. For those of you that don’t know what an Americano is, it is shots of espresso topped with hot water. This basically creates a bolder, more flavorful, more caffeinated cup. A Depth Charge is a shot of espresso topped with freshly brewed hot coffee. Like I mention in the video below, these are not for the faint of heart. I more commonly drank these when I was out late at rehearsal and had to be up early for 8 am ballet class in college. Regardless, use your discretion with the Dalgona Depth Charge, but in my opinion, it shouldn’t be an every day drink. Although, from working at Starbucks, I know there are people that have a Depth Charge every day – more power to ‘em! 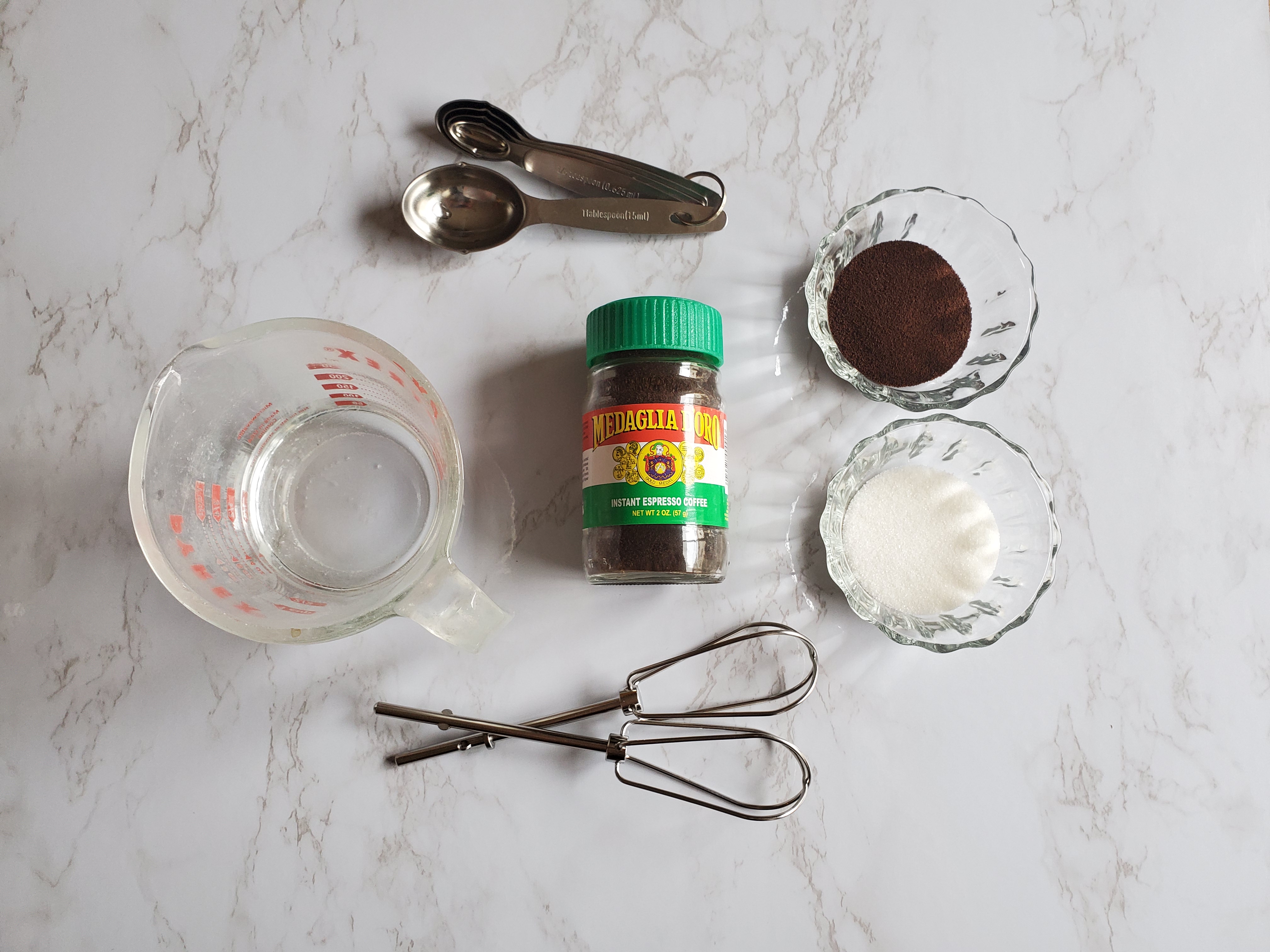 The Dalgona Depth Charge is pretty straight forward if you already know how to make the traditional version. However, if you don’t, I have included both in my video tutorial below. Also, I would NOT recommend whipping your Dalgona Coffee by hand. I have seen some people do so on Tiktok, and quite honestly it looks like a workout and will probably take you an hour. I have had a lot of trial and error with finding the correct tools to get that perfect whip and I will include links below the video. Another tip, my favorite way to drink my Dalgona is with Califia Farms Unsweetened Vanilla Almond milk. I have no affiliation with them (I wish!) but it seriously creates this extra nutty layer. And make sure to STIR! If you don’t, you’re either drinking straight milk or straight froth, which is much too strong by itself. So, take your pictures before you stir, and don’t forget to tag me! 😉

*If you are making more for friends, use the same ingredients with a 1:1:1 ratio!

Tools (As an Amazon Associate I earn from qualifying purchases)