Hey blog fam! And welcome. This blog is mostly going to be about food, but first, let me introduce myself! As some of you may know, I’ve been trying to get on this blog train for quite some time. Some of you may also know, that I am notorious for having multiple interests and being spread incredibly thin.

I always knew I loved, to bake (and EAT) from a very young age. My mom is mainly Irish and my Dad is Chinese, so there was a lot of great food on both sides of my family growing up. As you can probably guess, I was a chunky kid, but I liked it. We would cook a lot at home and eat at the best restaurants around. 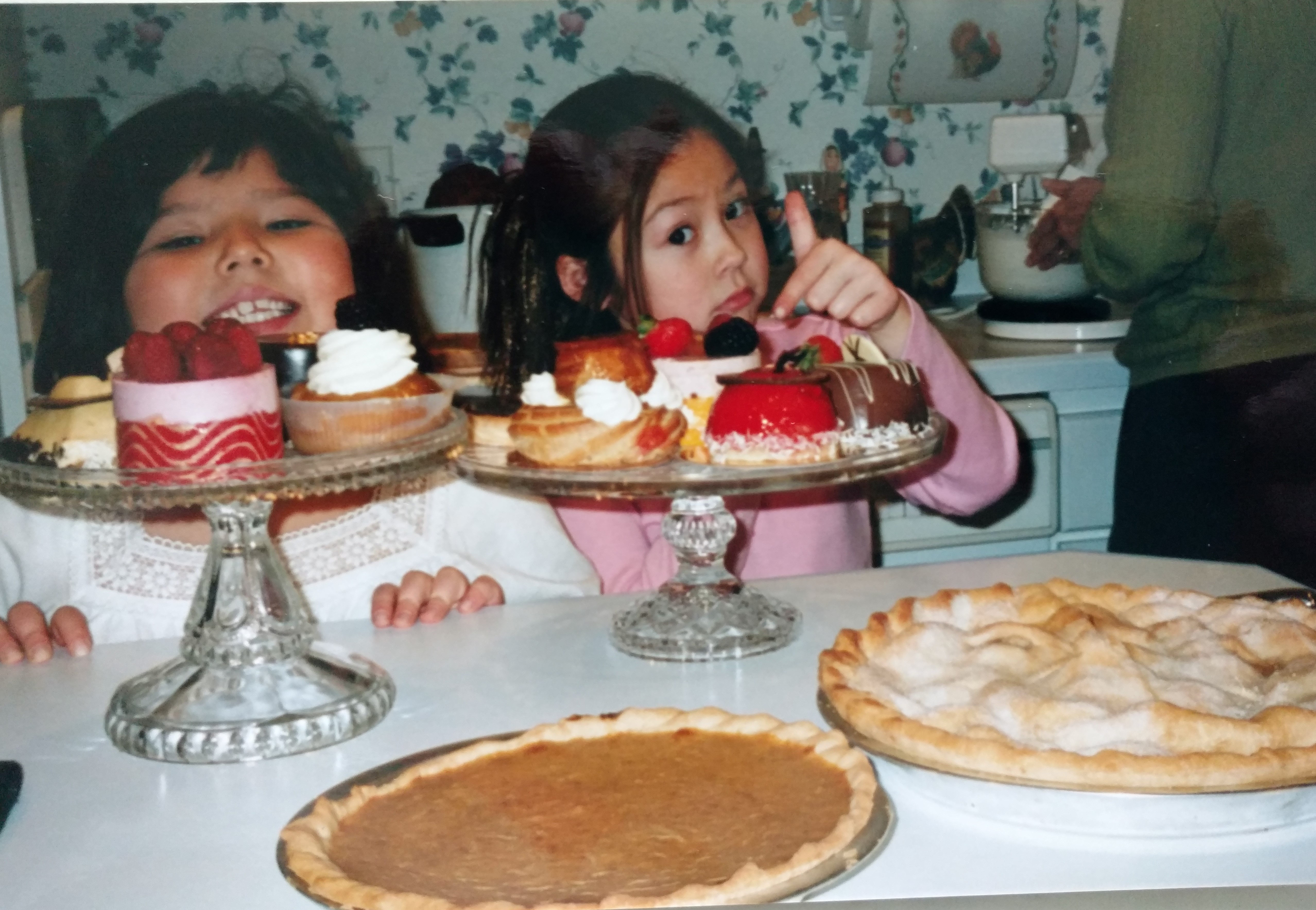 me on the left, my sister on the right - we both love to eat!

When I was in about 7th grade, I became OBSESSED with cake pops. I watched YouTube videos for hours to teach myself how to make them, eventually discovering that Bakerella was the best teacher and OG cake pop Queen. I decided to start a little at home business making gourmet cupcakes and cake pops called Peace of Cake Bakery and started to save up money for college. I wasn’t even completely sure what I wanted to go to college for. I knew I loved to cook and sing and make art, but I didn’t know exactly how to make that into a conventional career. So, I dabbled with the idea of going to graphic design or culinary school. At one point I even considered not going to college and just starting my own food truck (still a dream, honestly). Eventually I decided on musical theatre. 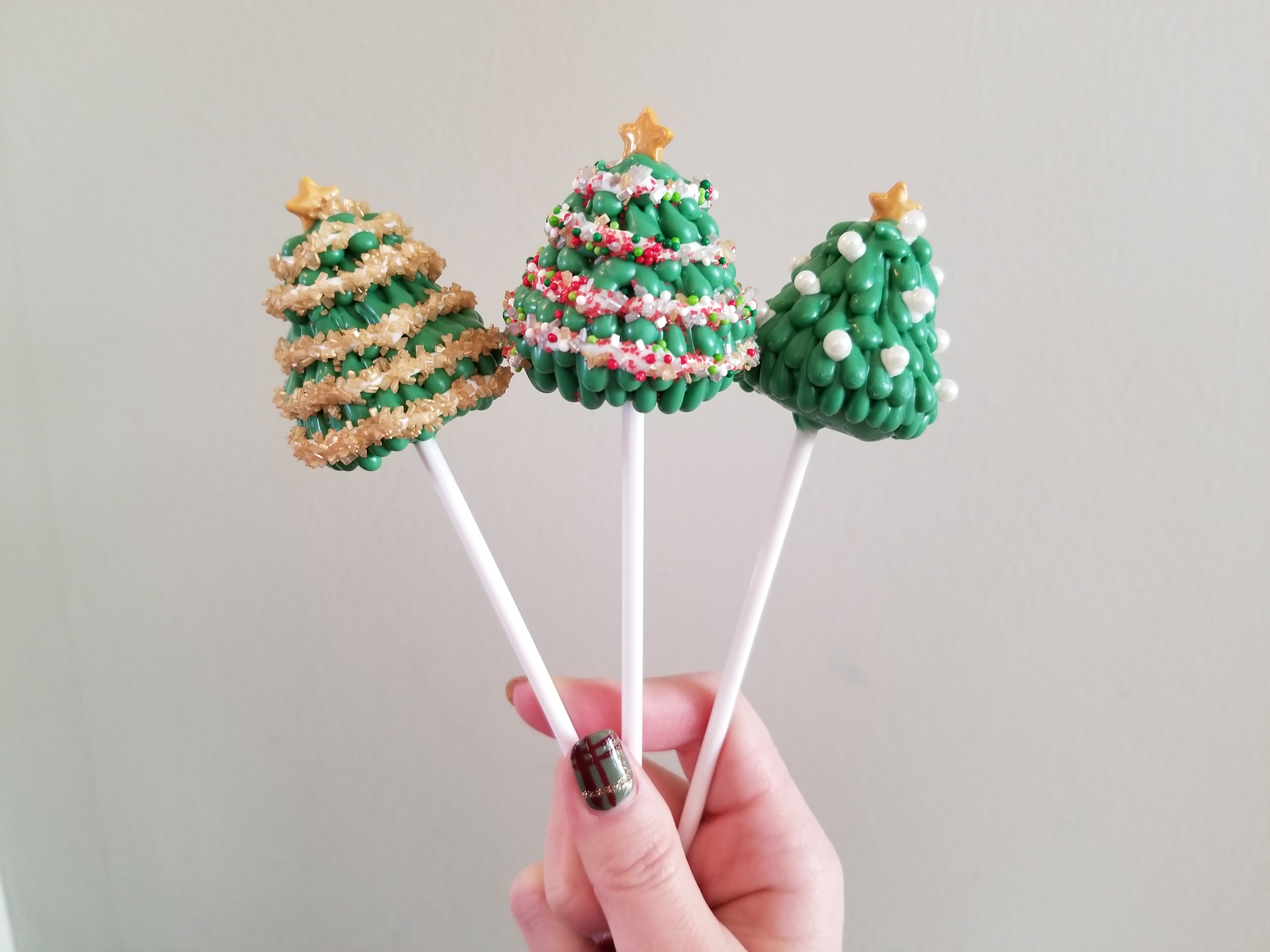 Christmas cake pops I made for @peace_of_cake_bakery

I went to college at the University of Minnesota Duluth (UMD) for my Bachelor of Fine Arts in Musical Theatre. I actually tried to start this blog back in 2016 but I never had the time during school. My only two posts on my old blog, Food and Fork, were from my sophomore year and after graduating. My love of food and baking never diminished, but when you’re always in a show at school it becomes almost near impossible to find free time to write and create new recipes. 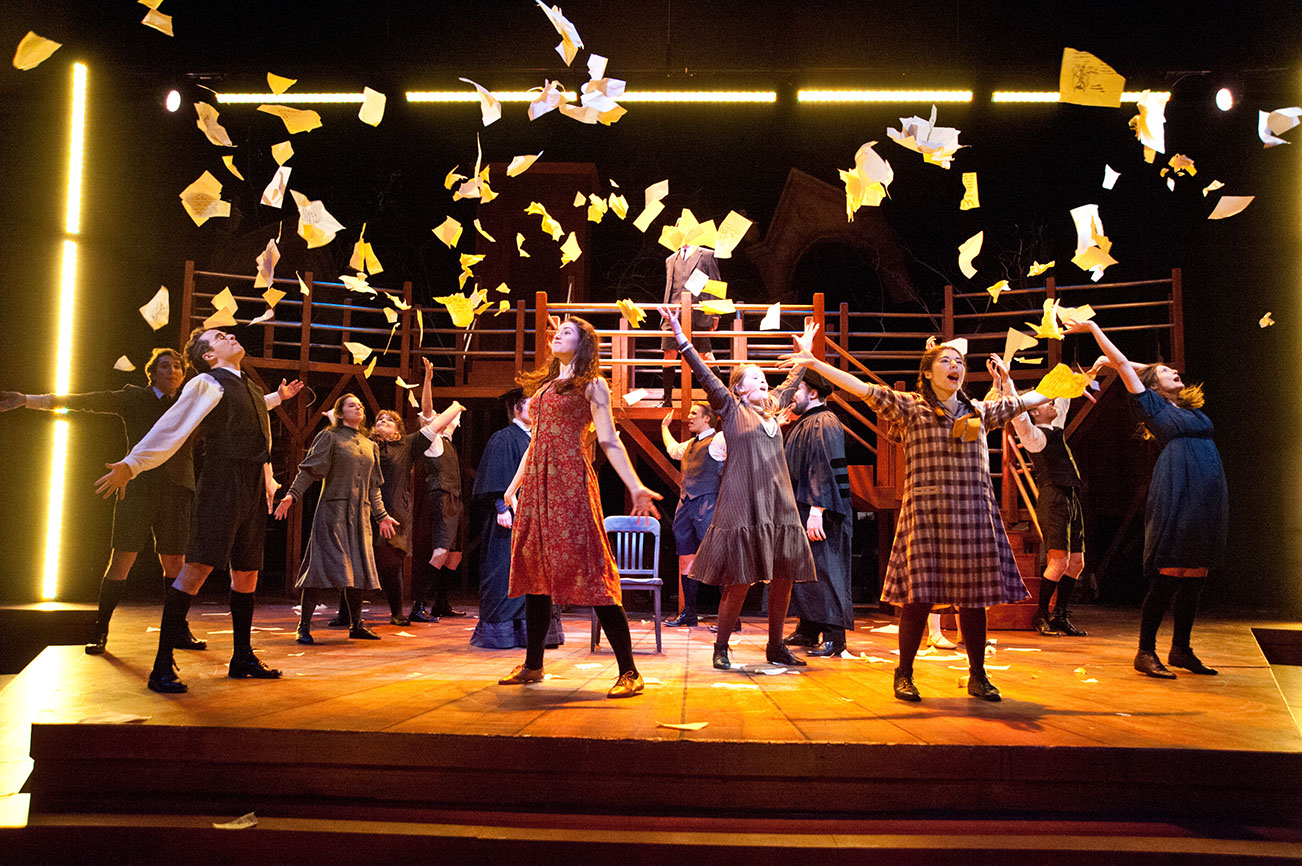 Following college graduation, I worked at two really great professional theatres in the Twin Cities, the Ordway Center for the Performing Arts and the Guthrie Theater. After that, I decided to move to the Big Apple on February 5th, 2019. Things were going really well, besides the whirlwind of what NYC can throw at you. I got cast in an Off-Broadway Musical, got to perform at Broadway in Bryant Park. And quite literally two weeks before the pandemic shut down the city, I had just started working as an assistant pastry chef at a luxury social club in TriBeca. 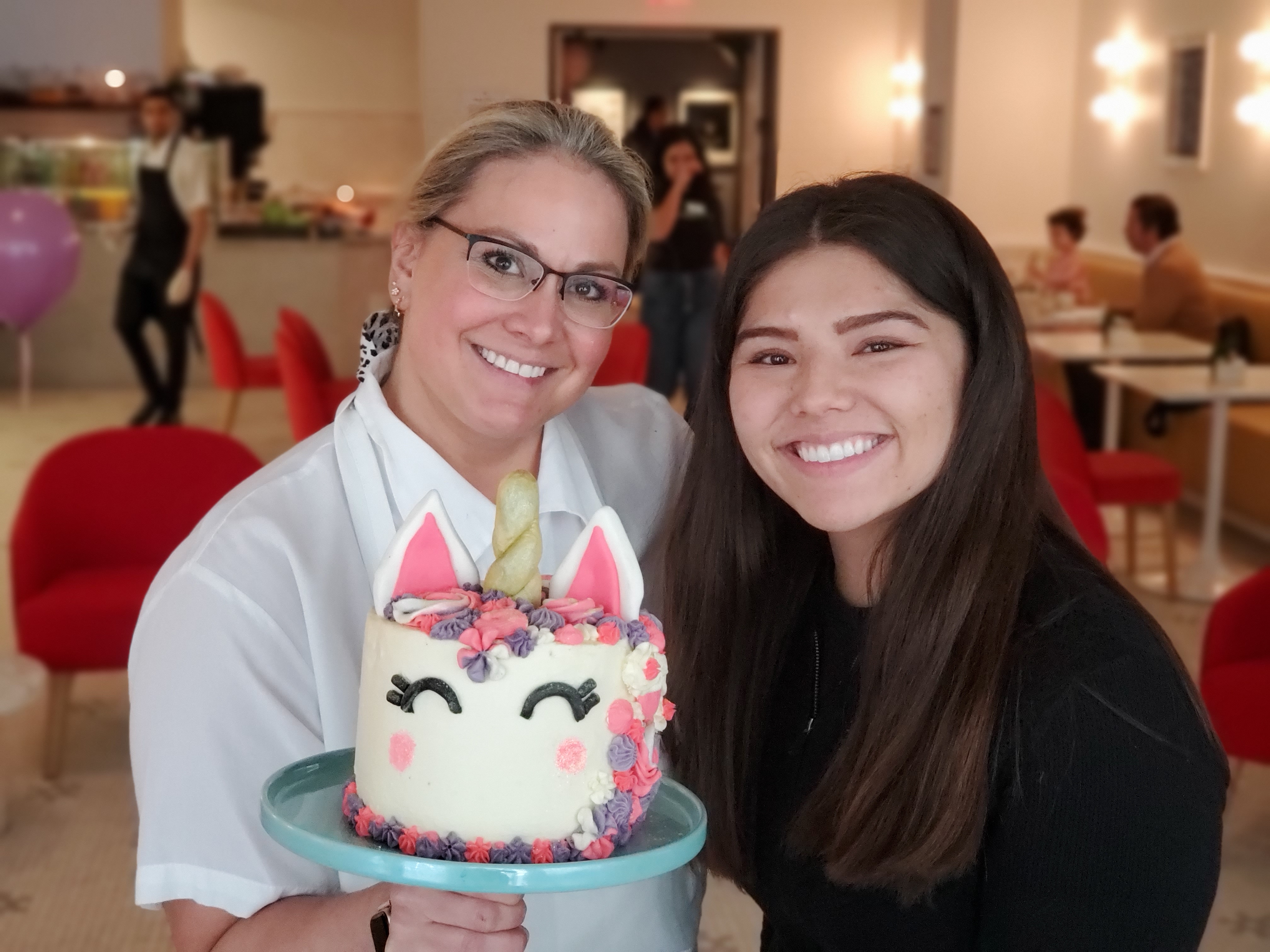 Chef Summer & I at NEXUS

Monday March 16th all of my jobs essentially froze and I was unemployed. After many long-distressed calls with my family, I decided to get out of the city two days later. And when I arrived home, was strictly quarantined for 14 days. In the beginning, when I started hearing about Covid-19, I honestly never thought it would hit the US. Thinking back on that, it was a completely naïve assumption. And even when it hit NYC, I thought it would maybe last a few months. However, after being at home for a few months with my parents, with no end in sight (especially for the entertainment industry), I decided I should probably move home. Which brings us here and now! It’s a somewhat bittersweet return home to Minnesota. I must admit, the endless grind of NYC was burning me out a bit, but I never wanted to have to return to MN in this fashion.

Of course, quarantine started the banana bread and sourdough trends, which I gladly participated in. However, I was already the type of person who taught herself to brew her own kombucha. But since I have found myself with much more time on my hands, I figure now is the time to commit to a full fledged, real deal blog!

Thanks for coming on this journey with me.